My boyfriend and I had AllTracker Silver package installed on both our phones. We got the app with security in mind and it was just there on the phone. We never really used it often, other than to track my lost phone once when I left it behind on the counter at Mcdonalds. The app was easy to install and with a few adjustments in settings, there were a number of features that we could make use of. We only chose to use a few of the options but with what my boyfriend had set up, we were able to:

There was so much more but these really the only options we did make use of on the few occasions we accessed the app.

We went on holiday in July and had gone to the beach for the day. I never took my phone along as my boyfriend had his. I later the evening noticed that my phone was not still charging where I had left it earlier in the day. After spending time searching the room, car, and bags, we realized that the phone was indeed missing. 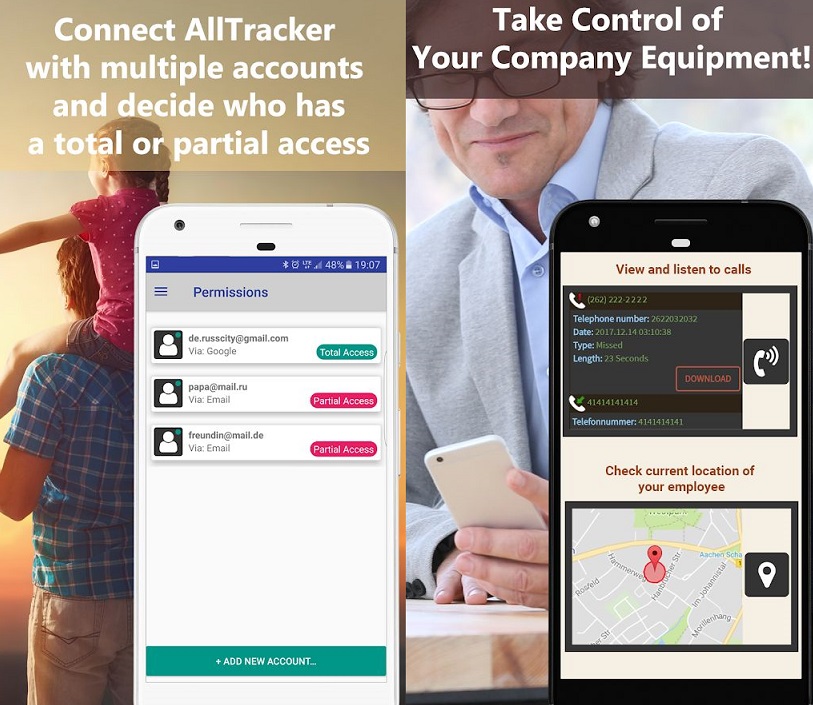 Through the front and rear camera function, as well voice recorder option on the AllTracker app we got a number of images and voice recordings of the person that had the phone. We approached the hotel management with the images recovered and they were able to identify the person as someone on their cleaning staff.

The phone was returned to us and thankfully, we were able to access the deleted photos. Through AllTracker you can access up to 50 of the last deleted photos which in this case was a blessing. We got back most of the photos we had taken on my device during our adventures while on holiday. The photos were irreplaceable.  I was delighted to know that we could get back at a lot of those.

Setting up the app is easy. It was a once off payment for the year. We simply had to download and run the app, as well as an AllTracker Thief app which will hide the app on your phone. Once we had AllTracker installed on both phone, we just had to decide which options to use. It was actually very easy and although it did take some time to set up, it was worth it in the long run as it meant I got back my uninsured, brand new upgraded iPhone.

Explore and Save Emojis on a Quest For Fun

Bruce ClineGames
We are all on the go…going to work, picking up dinner, working out at the gym, meeting friends for lunch. …
END_OF_DOCUMENT_TOKEN_TO_BE_REPLACED