If you love word games, then have I got a great one for you to try. Similar to so many others where you build words from a collection of letters, this one takes a new approach to creating the words.

The name of the game is Addalets and it presents players with a list of words we all know, or are fairly recognizable. Then, it also provides a theme word at the bottom. The theme word will have as many characters as there are words in your working word list. Your goal is to take each letter from the theme word and place it in one of the listed words to create a new legitimate word. No made up words are allowed. 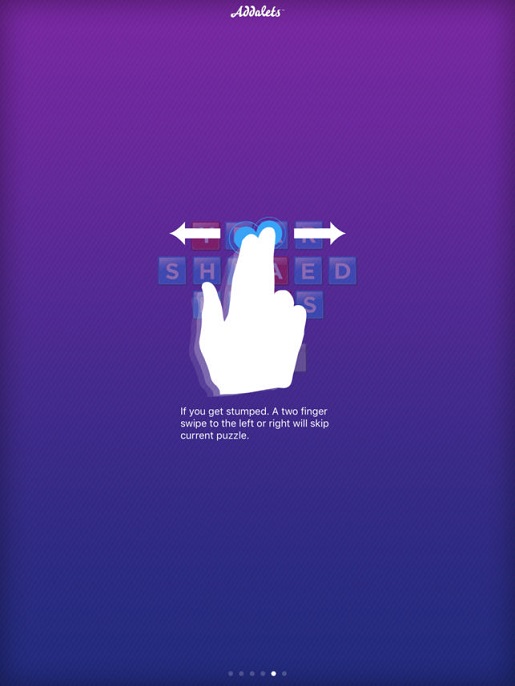 Now it’s important to note that you may end up placing a letter in a word and may have created a new legit word, but that letter may actually be better suited for another word. You will find this out later on as you whittle away at the letters and find that the last one left does not fit in the last word left. That’s when you have to dig deep in your brain and figure out another set of solutions.

To start, the game will have you work on simpler puzzles which typically consist of a list of three words, and the theme word being three letters long. Those, of course, are easy. As you complete each game, you will get more challenges. When you first start the game, you may get a Daily Challenge. When I started, there was a Daily Challenge to complete three games in one day, earning you bonus points.

There’s no magic to playing the game – just a sound knowledge of words and how to make new words out of them. I just love words and I could not put this game down. I just wanted to keep going. I hope to earn enough points to start purchases some game packs. A game pack of three, four or five words costs 3000, 4000 and 5000 coins respectively. You can also purchase some gaming packs that are themed.

If I could wish for an improvement on the game it would be to allow for you to go to some historical list of words you’ve solved so you can see the definitions, which is one of the features of the game. That way you can look back to games you played and might have missed on reading the definitions. I had played a few games and kept selecting the option to move on to the next game, and later found myself wishing I had looked up the definitions.

Outside of that, this game is so much fun. It’s entertaining and educational at the same time. I recommend to anyone who wants to improve their vocabulary, whether they be adult or student.

Bruce ClineGames
Clicker games have come a long way. From clicking on falling objects to clicking on obstacles to overcome them, they …
END_OF_DOCUMENT_TOKEN_TO_BE_REPLACED